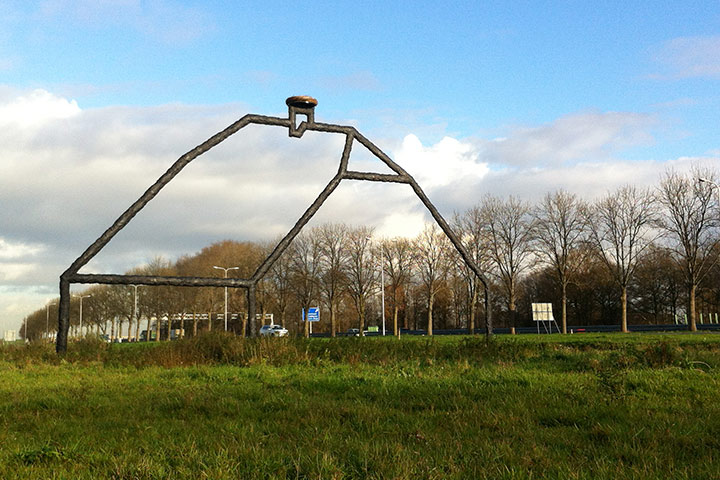 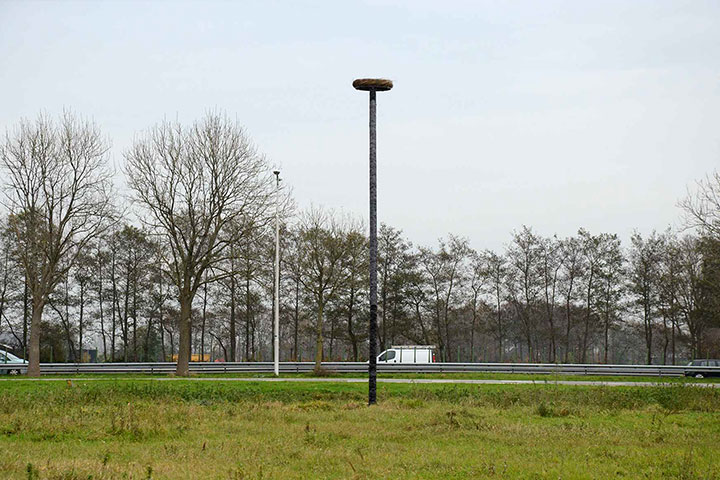 The contours of a typical dutch farm, stand as a monumental line drawing in the landscape. Those who pass the Stork’s Homestead by car, undergo a unique spatial experience.

The location of the work, Vathorst, owes its name to the old farmhouse "The Vathorst" which has survived among the thousands of new-built homes.

Besides the subtle lines and the spatial experience of the work, the artwork owes part of its particularity to the stork nest on the chimney of the farmhouse.
The stork nest refers to the new district with many young families. But besides babies, according to tales the stork brings happiness and protects occupants from lightning and fire.

Only from the point where the contours of the farmhouse are in line, the work will show itself as a nest on a pole, as most stork nests are built in Holland.

Since spring of 2016 a stork couple hatches on the artwork.