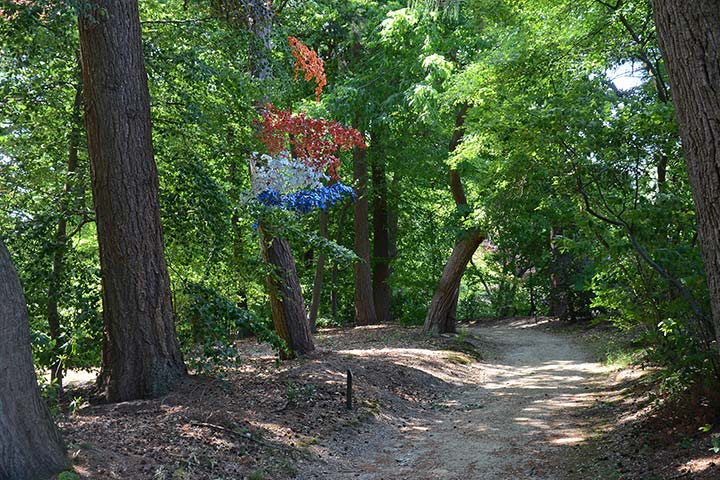 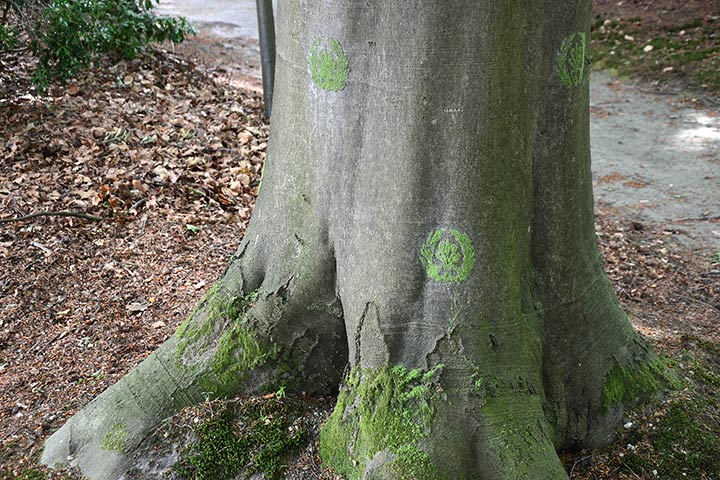 Before a new use for the Royal Palace Soestdijk was found, the Palace was operated as a museum. During guided tours, the public mainly got to see the royal allure of the palace. Day trippers could marvel at the chandeliers and the imitation marble, the things that the former queen and inhabitant of this palace, Juliana, would rather not see, she was averse to the outer display. The manager in the Palace Orangery now offers the guests "Royal sandwiches", "Sweet delicacies from the princesses" and "Savory favorites of the princes". The austere character of Queen Juliana is nowadays nowhere to be found. In a sense, only the garden behind the palace shows the honest story. Moss just grows between the grass and the trees just lose their leaves in the fall. In Palace in Wonderland I have returned the rich ornamentation from the Palace to the natural environment of the garden. As a fairytale-like environment, but to the one who listens well, my bitter absurdity will be crystal clear.